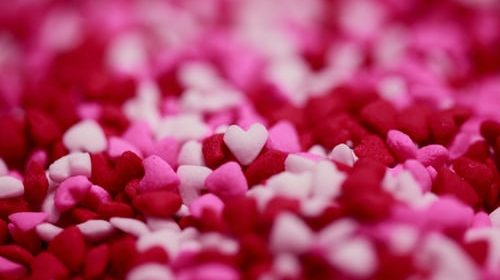 According to Wikipedia, the origin of the name “Valentine” comes from St. Valentine. There are multiple saints with this name acknowledged by the Roman Catholic Church. One Valentine was a Christian priest from Rome in 270 CE. He, along with other Christians at the time, was held in prison by Emperor Claudius II Gothicus. Legend has it that prior to his execution, St. Valentine healed his jailer’s daughter, and wrote a letter to her signed, “from your Valentine”. He was later martyred by the Roman Catholic Church and February 14th was celebrated as a holiday to commemorate him.

This usage of ‘cherub’ is also incorrect; the chubby-baby figure appearing in art does have a proper name: Putto. The Putti are also of Roman origin. According to Wikipedia, ‘cherub’ comes from Hebrew ‘cherubim’. In Dante’s Divine Comedy, the cherubim are described as a host of angels with four heads: one of a man, one of a bull, one of an eagle, and one of a lion, and they possess many wings, each dotted with eyes. How this creature became associated with putti (or how it is an angel at all) is understandably beyond us.

It is interesting to note that while a holy day in February connected to love has existed since pre-medieval times, it is only quite recently as the 19th century that the day rapidly became widespread. It is also the same time period when rapid industrialization and commercialization commenced in the Western world. Perhaps this is connected to the popularity of this holiday in the present era. So if you’re wondering what to send your significant other this Valentine’s Day, consider the history of the holiday, and send them an antique Esther Howland Valentine card or perhaps a Cadbury Fancy Box.