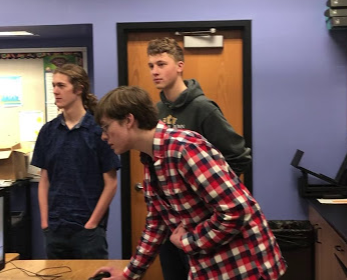 The E-sports team has been playing matches against other schools for a few weeks. However, in the most recent Kingsmen Nation, there was a section saying that the E-sports teams were “forming up”. To clear up any confusion, you can still join the E-sports club and start practicing with the team. However, it is too late to join the team as a player in the tournament. The club meets every Monday in Room 258. For students interested in joining there is a ten dollar sign up fee that must be paid to compete in the fall tournament when school starts back up again. Members do not need to bring any computers though they recommend bringing a headset.