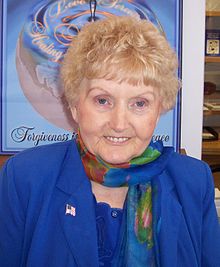 On Friday, May 13th, 2016 at 2:00 pm in the studio theatre, Penn High School U.S. History students will get to hear from guest speaker and author, Eva Mozes Kor. She is one of the last survivors of the Holocaust.

She was separated from her mother, father and two older sisters and never saw them again after she and her twin sister were snatched from their small, Romanian town at age six.

They became prisoners at Auschwitz death camp where Dr. Josef Mengele conducted barbaric, genetic experiments on twins. Approximately 1500 sets of twins—3000 children—were abused by Mengele, and most died as a result of these experiments. Eva is one of the last remaining Mengele twins.