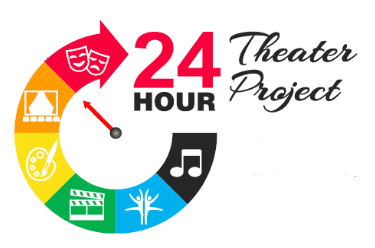 On December 13, 2019, in the Penn theater, there were no rehearsals for any traditional shows. Instead, Kingsmen Theater students were preparing for the 5th annual 24 Hour Theater performance, which was held just the next day, on December 14, 2019.

Following the initial meeting on the 13th, and the casting of students, the writers stayed up all night to write an original new play, starting with only a prompt. Then, starting at 6:30 in the morning on the 14th, the directors talked to the writers about the scripts. Finally, at 8:00, the actors came in and began rehearsing the shows for the final performance.

Finally, at 7:00 P.M., the final performance began. 9 groups each performed a play which had not existed before 24 Hour Theater, and was written over the course of the event. The house was packed with the families and friends of students who participated in the event. This shows that, once again, 24 Hour Theater was a success.