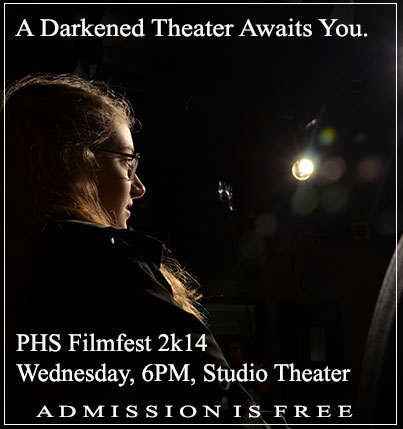 Advised by Mr. McNulty, film students have created 9 short films for screening.  Most films last about ten minutes, some shorter, some a bit longer.

The Penn High School Film Festival has traveled around Michiana. Some years it has been hosted at the school, while others it was hosted at the University of Notre Dame and at the State Theater in downtown South Bend.

Admission is free for this annual event.