It takes a lot to keep PNN running, and that includes an incredible staff. 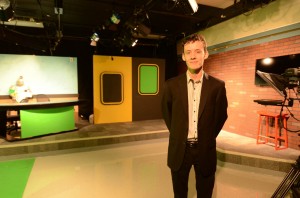 Current senior, Ethan Sandock, is PNN’s executive producer and show director. He manages show direction, recording and editing. He has worked in PNN since sophomore year, and he plans to study Broadcast Media at Columbia College in the Fall. His dedication and leadership have helped to shape PNN into the student-led news network it is today, and his guidance through ninety-plus shows will leave a permanant mark on this place and its people.

“The PNN experience has been an amazing three years, climbing up the ladder of Penn’s multimedia studies. I’ve found what I want to do in life and what I really enjoy doing, and I could not have done it without the amazing experiences I had through Mr. McNulty and his variety of classes.” 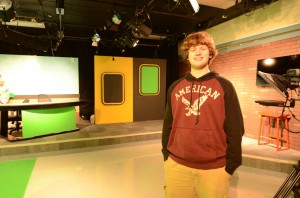 2015 graduate Tyler Noie is one of PNN’s senior reporters. He focuses on rundown and cameras while shooting show, preferring the behind the scenes action to the desk. He has been with PNN for 2 years and has created many memorable packages and shows. With his guidance, many new students have been able to take an active part in the creation of PNN.

“It’s been a fantastic past two years in PNN. I will miss it next year!” 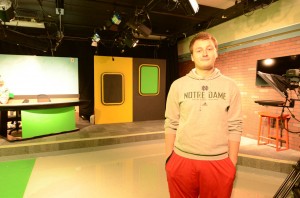 Senior Austin Parks is PNN’s teleprompter manager and audio engineer. He enjoys helping out with production. He has been with PNN for 2 years now and has had a hand in several shows. His presence in the studio has helped push the show forward and his humor has brought a lot of laughs.

“I’ve had a lot of good times in PNN. I will surely miss it!” 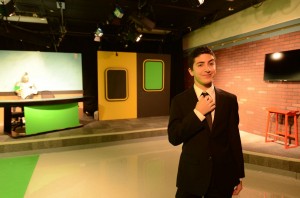 Student assistant turned reporter, Roberto Fayad has quickly become PNN’s senior graphic designer and IT Director. He has only joined PNN last year but his technical advice and designs have contributed to several projects and shows. His humor and personality has brought a lot to the PNN studio and his guidance has helped many students turn their projects from good to great. 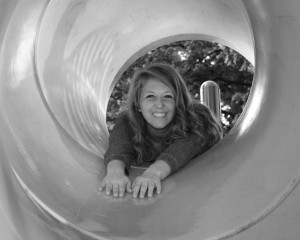 Kenzi Young is our senior news anchor and has been with the network since junior year. She is best known for her clever show openings and her personality both on and off camera. Her hard work has brought about many of PNN’s best shows and has set the bar for anchors to come.

“Eat your vegetables because Spring is just around the corner!” 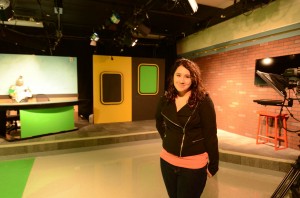 Sarah Sheperd, junior turned senior, is graduating early. Having been recruited by McNulty on a plane trip from South Bend to Detroit, she’s served as PNN’s top photographer this school year and captured many of the iconic moments in the studio. Her work on script and as an anchor has brought new humor and life to the show. Her guidance has helped many new students learn their way around the studio.

“Don’t get on a plane with McNulty.” 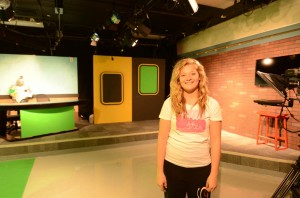 Allyson Daley is our main news anchor and has been been here since her freshman year. Her work both in and out of the newsroom has brought some of PNN’s best stories to the surface. Her dedication to the news team has been a great help in these last three years and we wish her luck in her senior year.

Film student turned reporter, Chloe Boughner is PNN’s newest reporter. Preferring to stay behind the camera, her best work can be seen on the website and in our news packages.

“My time with PNN has been great and I wish I didn’t have to move on.” 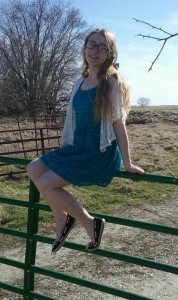 Ashley Catanzarite is our main website editor and also a sophomore. Her hard work has made our website what it is today and her guidance in editing web stories has been a huge help. PNN looks forward to having another two years with Ashley’s help and her experience this year will continue to guide our reporters in the years to come.