Principal of the year

Principal of Penn High School, Steve Hope, was given the prestigious Principal of the Year award on November 22nd by the Indiana Association of Principals.

IASP is an organization that annually recognizes 12 principals from around the state of Indiana, who have been recognized by their peers for outstanding contributions to their schools. 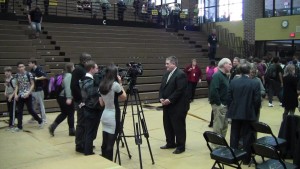 Throughout the state of Indiana there are 12 separate districts, with Penn being in District two of Northern Indiana.  District two covers the counties of Elkhart, Fulton, Kosciusko, La Porte, Marshall, Pulaski, Starke, and Saint Joseph. 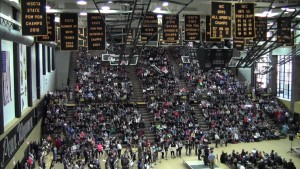 To be given the award, nominees must meet all of the criteria set by the IASP.  The requirements are that the nominee must be a member of the IASP for an entire year, must have a valid administration license, must have been principal of the building for a minimum of three years, and must not be planning to retire at the end of the school year.  But, the IASP also wants to see that the nominee shows leadership not only at their school, but at the community and state level. 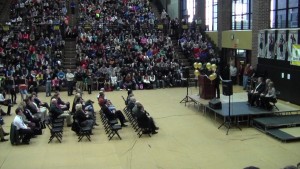 To celebrate the award, an assembly was organized in the main arena by the Penn High School administration team on December 8th.

When asked about the award, Mr. Hope said, “it was a bit overwhelming, but it’s also a big honor… I really appreciate all the work everybody went through to put the celebration together.” 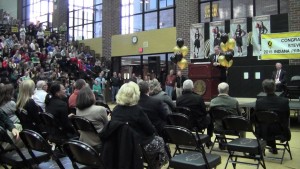 Junior, Janessa Chesnic also commented “we are proud to have him.”

The IASP also awarded Principal Hope with $500 of professional development money which he will use to attend a learning conference in San Francisco. 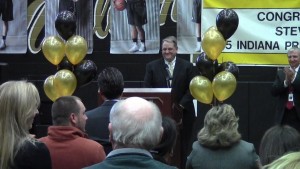 The award is not only a honor for Principal Hope, but also a reason for all of the PHM school district to celebrate.