Every year, right before school starts, students get a chance to introduce themselves to the art of music. Whether you’ve never been involved with it, or have been in band for years, the camp is…

…an incredibly fun and intuitive experience. 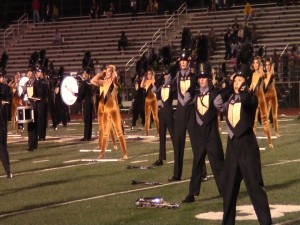 Many people who are in band now have gone to band camp, and are glad they did. While it is a little hard to get up so early for it, and stay for so long during the day, it helps you get better at your instrument, learn what the class is like, and you’ll be glad you did it in the end. 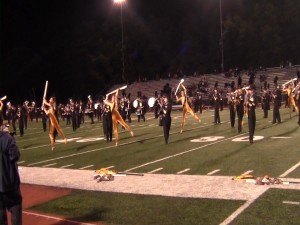 Michael Wakim, a Penn freshman in his second year of the camp, is grateful to be doing it again this summer. “It was 9 hours every day, pretty intense, I was tired every day after I got home, I woke up at around 7 each day for it.”

He described the difficulty, but he also had a lot of fun at the camp. “It was so much fun, it was great to be part of a group that was bigger than myself, and it was really tight knit.”

The camp helped him get better at his instrument, the saxophone, learn more self-control in general, and let him interact with lots of other kids who joined the camp. From the  camp sprung a plethora of different inside jokes and new friendships.

It might sound scary having to go to somewhere so early every day of the summer, but most attendees sound grateful for the experience.