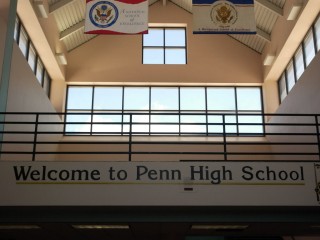 PHM Students and families should prepare for the possibility of a hybrid school year starting in the fall of 2020. Dr. Jennifer McCormick, State Superintendent, said that Indiana schools will likely look different next academic year. This means that schools will likely have a mixture of both in-person and online classes.

There is even the potential of having students enter the schools through different times of the day. The classes, as well, would also be in shifts. This means that they would split up when students are in the building, however, it may not happen, as the State sees that as a little bit of a tricky maneuver. It would also be slightly expensive.

According to the South Bend Tribune, Governor Eric Holcomb said a decision on whether or not schools should begin preparations for continued remote learning will likely be made “probably closer to mid-May.” Holcomb also said that “I want to be the surest and the safest in every step that we take.” Holcomb also added that a decision on what to do with Indiana’s stay-at-home order will be announced later this week. This order is scheduled to end Friday, May 1st. Holcomb later added, “This isn’t a competition to be first. This is, if anything, is a competition to be the safest.”

Dr. McCormick also never turned down the question of whether or not students will need to wear a mask to school next year, as, according to the South Bend Tribune, she said, “What does that look like for students and staff and families as far as: Do they wear a mask to school or do they not? I mean, you get into some security concerns right now with that as well.”

The South Bend Tribune also states that the Indiana Department of Education (IDOE), has put together an advisory group that will be made up of school officials from rural, urban, and suburban areas. The purpose of this advisory group will be to help school districts prepare for students possibly re-entering schools.

McCormick said that the re-entry of students will be dependent on the future directives given from Governor Holcomb’s office, as well as state and local health officials.