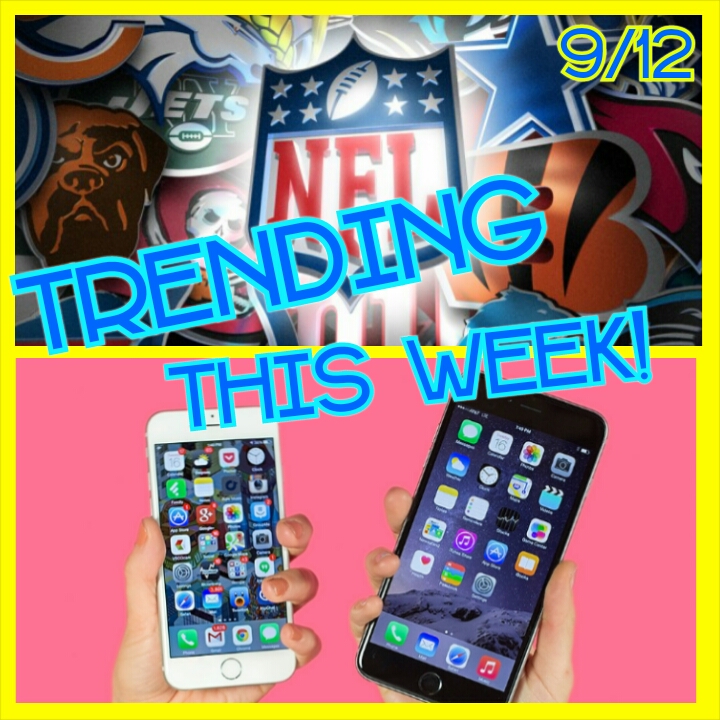 Every wondered what was trending this week on twitter and around the world? Well, this is the place for you to find out! Trending This Week will be posted at the end of every week for you to get the know all on what went on socially, politically, and globally.

On Tuesday, September 9th Apple unveiled new devices at their special event at the Flint Center for Performing Arts in Cupertino, California. The company unveiled two new iPhones, one being the iPhone 6 and the iPhone 6 Plus. The iPhone 6 has a 4.7 inch screen with 1 million pixels, and the iPhone 6 Plus has a 5.5 inch display with 2 million pixels. Many have said 5.5 inches for a cell phone screen in a bit much, while others have said it’s about time. Only time will tell how the two phones will play out over the coming months.

(iPhone 6 in left hand, iPhone 6 Plus in right hand)

So far, the NFL has escaped with only a few dents after the breaking scandals over the past week. Major sponsors like Marriott,

, Anheuser-Busch and PepsiCo have issued statements expressing concern but are standing by the league after domestic- and child-abuse scandals involving Ray Rice, Adrian Peterson, Ray McDonald and Greg Hardy. But those who make their living monitoring the longterm implications of corporate image damage say the league is hardly in open field just yet.

A new survey by New York-based research firm Brand Keys, which has done past consulting work for the NFL, found the league dropped from first to third place in “fan loyalty’’ as a result of the Rice scandal. Brand Keys president, Robert Passikoff, says the survey of 3,200 people — spread evenly throughout the NFL’s 32 cities. The survey shows the league trails MLB and the NBA, and where it goes from here will play a huge part in whether it recovers.

That is what was trending this past week! If you have opinions on anything that happened throughout the week let us know at PNN by email, or email ccarpenter39@phm.k12.in.us with your comments! Have a great rest of the week Penn!