On Thursday night, the Penn Boys Track Team competed in the IHSAA sectionals here at Penn.

The St. Joe Indians took first place at the Penn sectional with a score of 119, the Kingsmen took second with a score 94, and the Mishawaka Cavemen finished third with 92 points.

Matthew McCown earned a blue ribbon for the kingsmen in high jump with a height of 6’2″.

In long jump, Penn’s Sabin Gorset finished 3rd with a jump of 21’4″, Mishawaka’s Kyle Edwards too 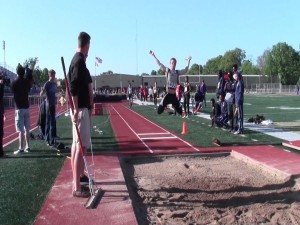 Penn’s Bailey Mott won the 300 hurdles with a time of 42:01.2, Breman’s Val Wisler came in second just behind Mott’s time.

The 4×100 relay was dominated by Washington’s relay team with a time of 42:40.2. Penn came in third with a time of 44:13.4, runners included James Colvin, Gregory Higgins, Dylan Hill, Daniel Luzney. 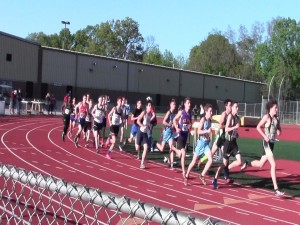 Penn qualified for regionals in all the events listed above, regionals will take place next Wednesday at St. Joe High School in South Bend.