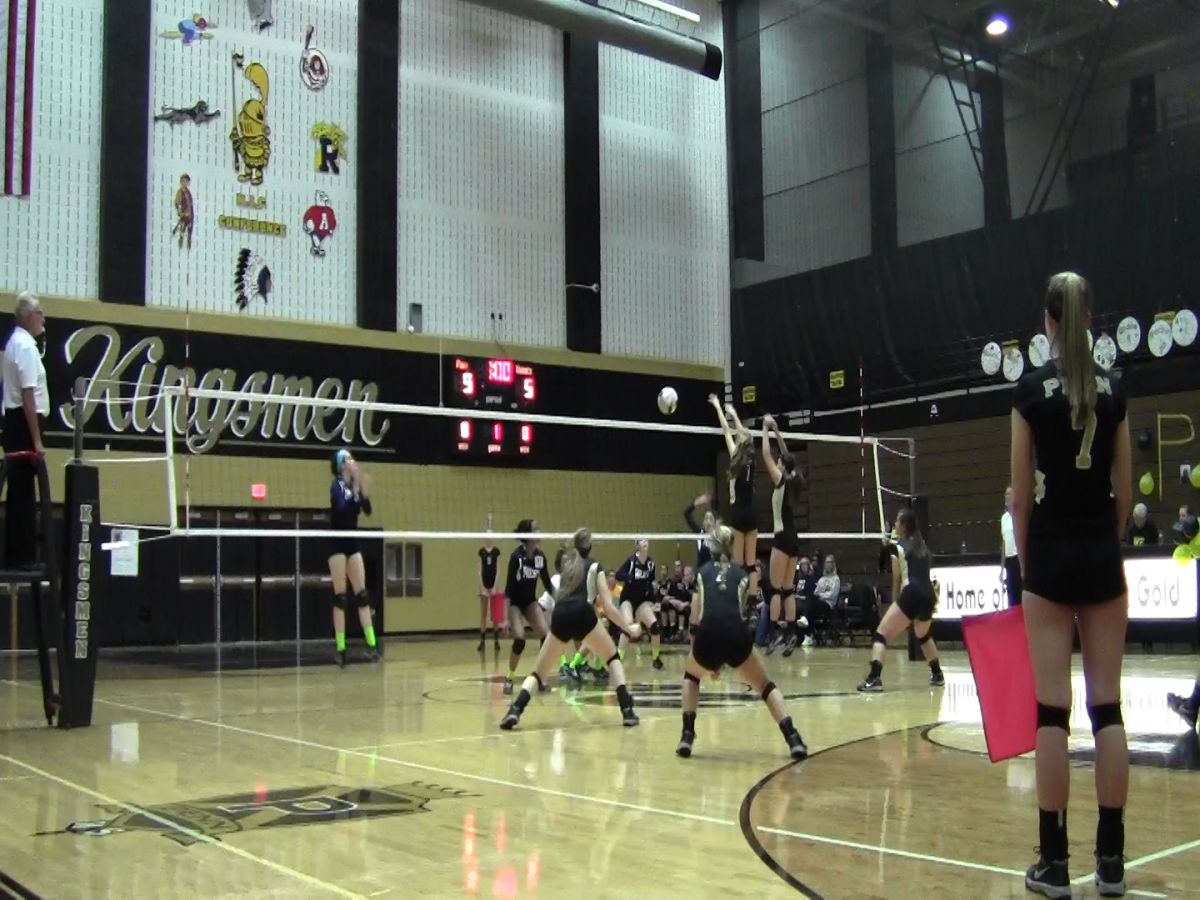 On Monday, the Penn volleyball team hosted Warsaw and also had their senior night honoring 2 seniors.

Penn’s 2 seniors, Josie Engdahl and Mackenzie North played their final regular season game in the palace at Penn Monday night. The ladies lost to the Tigers in 3 sets with scores of 25-19, 25-17, and 25-23.

Junior Maddy Wiseman had 8 kills, Jen Heritz had 7 kills, Rachel Hickey had 18 digs, and senior Josie Engdahl had 24 assists in the loss.

Penn will be hosting the 4A sectional starting October 20th. The Kingsmen play Elkhart Central on October 22nd at 6PM. If Penn wins they will play the winner of Northridge and Goshen on October 24th at 12:30.