Tomorrow, March 14, Penn High School will honor the students who lost their lives in the Parkland, Florida shooting with a walkout–a mass migration of students to the football field for a solemn and symbolic 17 minutes.  Talk of a protest and commemoration such as this has spread throughout the halls of Penn High, and finally all that talk will become a reality.

But this reality hasn’t just appeared overnight.  Far from it. Our own dedicated students have worked tirelessly to create this chance to raise our voices.  Now, now, at long last, the product of that work–Penn’s Walkout–is ready to stand against gun violence on March 14. 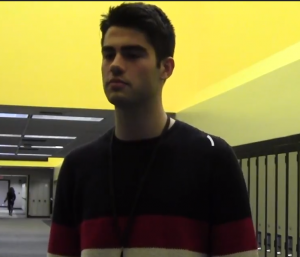 As an organizer, Matt Forsey spoke with PNN about the walkout.

The walkout is a chance for Penn students to protest against gun violence–to both honor the students who died in the shooting and campaign for better gun control.  A chief organizer of this event, senior Matt Forsey, explained how the 17 minutes on the football field would be filled with speeches, a poem, and even the possibility of a song being performed.

“The Penn Walkout is about saying enough is enough,” Forsey told PNN. “We keep seeing acts of gun violence in schools, communities, churches, everywhere.  We’re saying that Congress, and the government in general, needs to take action.” 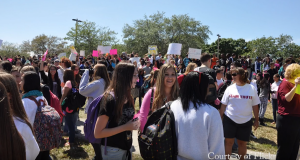 The Parkland Teens gather in the aftermath of the school shooting, campaigning for better gun control.

The loss of these lives devastated the nation, and Penn’s Walkout is the student body’s way of saying, as Forsey put it, “enough is enough.”

Penn Administration supports the walkout; although teachers cannot leave the building, per school regulations, extra safety measures and protocol are in place to keep this occasion one of purpose and solemnity.  Students must report to their block 2 classes before leaving for the walkout at 10:00, and must be wearing their IDs. Mike Seger, the head of security at Penn, has put these rules in place to keep the walkout safe. 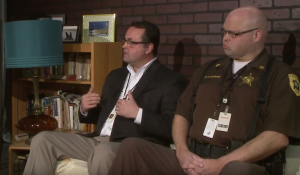 Mike Seger and his security team promise to protect the demonstrating students.

“This walkout is for the students, and it’s for them to express their concerns,” Seger said.  “From a safety standpoint, we’ve brought in extra law enforcement and firemen that are EMT trained.  So we will be there, ensuring the safety of the students as they’re exiting and demonstrating, as well as when they’re returning to the building.”

Penn isn’t the only school holding a walkout like this tomorrow.  EMPOWER, the youth branch of the Women’s March and the organization that is encouraging schools to participate in these walkouts, says that over 2,500 schools across America are walking out tomorrow to protest gun violence.  Student walkouts are being planned at Adams, Clay, Mishawaka, Elkhart, and Riley high schools as well. Penn’s support of and participation in this massive walkout is a way for the school to unite with the nation, and join in to support the students of Marjory Stoneman Douglas High School in Parkland.

The Penn Walkout is tomorrow, starting at 10:00 am.  To participate, head to Door A at this time, and as a group, students will walk towards Door D and onto the football field.  For more information about this route and the walkout in general, please watch PNN’s Special Edition report–featuring full interviews from organizer Matt Forsey and head of security Mike Seger. To join the conversation and witness the student movement, visit its Twitter page, @PennWalkout. 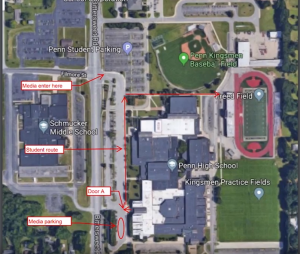 This is Penn’s walkout route. 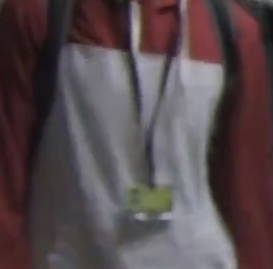 Don’t forget to wear your IDs!

This provides a time for Penn students to speak up about a cause they believe in if they wish. Penn administration will provide a safe space for students to exercise their first amendment freedoms, such as peacefully protesting. The student body’s opportunity to join Penn’s–and the nation’s–fight against gun violence.