The Penn Chinese classes took a trip to Discovery Middle School to celebrate the Chinese New Year on the last day of January.. According to Wu iaoshi, which is Chinese for teacher, “Chinese New Year has a lot of costumes and the way we celebrate is based on legend about the monster, the monster [is] named nian…nian later on become the way we say ‘year.'”
Discovery students said they learned many things about Chinese Culture from the festival. Seventh-grader, Lilian Uetz, said, “I think it’s a lot of fun, there is a lot of fun activities that you can do here.”  Alex, another Discovery student, added “I think it’s really cool and I really like Chinese culture.” 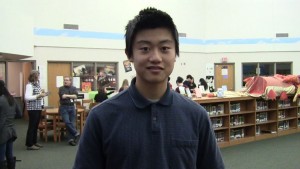 A Penn Chinese student, Robert Zhang, is a native speaker of Chinese. “It’s a great way for Discovery students to learn about Chinese culture and since they’re going to Penn, they will have opportunity to go to Chinese club.” Chinese club is a club at Penn High School for people who are interested in the Chinese language and culture. It is recommended for anyone who is Chinese or otherwise, and interested in China to take this club.

Robert also talks about the other Chinese trip, which is a trip to the Chicago Chinatown. 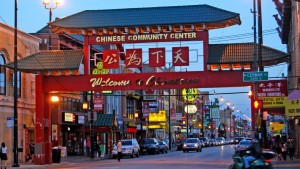 “We go to Chinatown and we visit places. We visit the Chinese Museum there, we learn a lot about Chinese history, Chinese culture just like how you learn in this event , and you get to buy foods and go to shops, it’s pretty nice and a great experience”. The Chinese trip is a trip that all Chinese Club and Chinese language classes take on October 18th.

If you have interest in the Chinese New Year, or anything else mentioned in the article, feel free to e-mail Mrs. Wu at bwu@phm.k12.in.us.