The storage room of the Kingsmen Care Project very much reminds of a grocery store – shelves filled with jars of peanut butter, cereal boxes, and canned meat. On the other side of the room, you see a big pile of backpacks containing fruits, oatmeal, complete dinners and more.

The beginning of the project can be dated 3 years ago. Students in Mr. Lenig’s class “commented that they hated long weekends” due to recurring food shortages in their homes. For some of them, Friday’s school lunch was the last proper meal they had. One cause is the lack of money that families part of the SNAP-program face at the end of the month, out of which follows the disability to provide enough food for their kids. 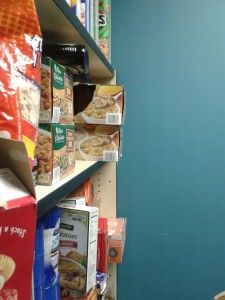 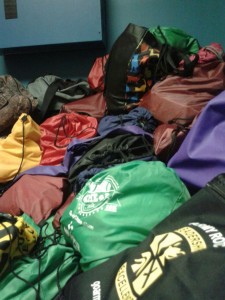 One year later, an initiative on the side of students started to gather food for students in need. They also received support from the Kelly Cares Foundation as well as teachers in the humanity’s and world languages division donating food and backpacks. The Kingsmen Care Project quickly grew and was able to provide 217 backpacks to students during the first semester of this school year.

Mr. Lenig stated that he “can always use canned fruits, canned meats, complete dinners and breakfast items”. Anyone wanting to help can simply drop their donations off in room 150 or, for larger amounts, at door A where helpers will take care of it.