The Spell Bowl team captured its third invitational crown this season, maintaining a perfect record for the 2016-2017 season.

Penn’s team, which won by a 26 point margin, was one point from a perfect score.

The Kingsmen head to the East Noble invitational next on October 11th. 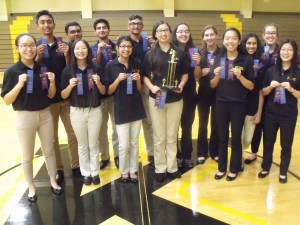