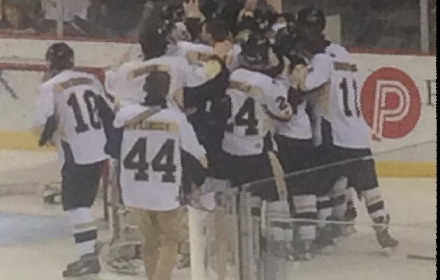 Penn controlled the game the entire time. Penn never trailed in the game came out and scored the first goal then Columbus tied the game at 1-1. Penn then scored four goals and took a 5-1 lead.